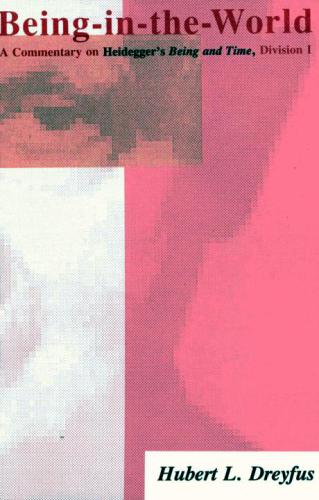 Book Description
Being-in-the-World is a guide to one of the most influential philosophical works of this century: Division I of Part One of Being and Time, where Martin Heidegger works out an original and powerful account of being-in-the-world which he then uses to ground a profound critique of traditional ontology and epistemology. Hubert Dreyfus's commentary opens the way for a new appreciation of this difficult philosopher, revealing a rigorous and illuminating vocabulary that is indispensable for talking about the phenomenon of world.The publication of Being and Time in 1927 turned the academic world on its head. Since then it has become a touchstone for philosophers as diverse as Marcuse, Sartre, Foucault, and Derrida who seek an alternative to the rationalist Cartesian tradition of western philosophy. But Heidegger's text is notoriously dense, and his language seems to consist of unnecessarily barbaric neologisms; to the neophyte and even to those schooled in Heidegger thought, the result is often incomprehensible.Dreyfus's approach to this daunting book is straightforward and pragmatic. He explains the text by frequent examples drawn from everyday life, and he skillfully relates Heidegger's ideas to the questions about being and mind that have preoccupied a generation of cognitive scientists and philosophers of mind.Hubert L. Dreyfus is Professor of Philosophy at the University of California, Berkeley.

About the Author
Hubert Lederer Dreyfus (1929–2017) was an American philosopher and professor of philosophy at the University of California, Berkeley. His main interests included phenomenology, existentialism and the philosophy of both psychology and literature, as well as the philosophical implications of artificial intelligence. He was known for his exegesis of Martin Heidegger, which critics labeled "Dreydegger".