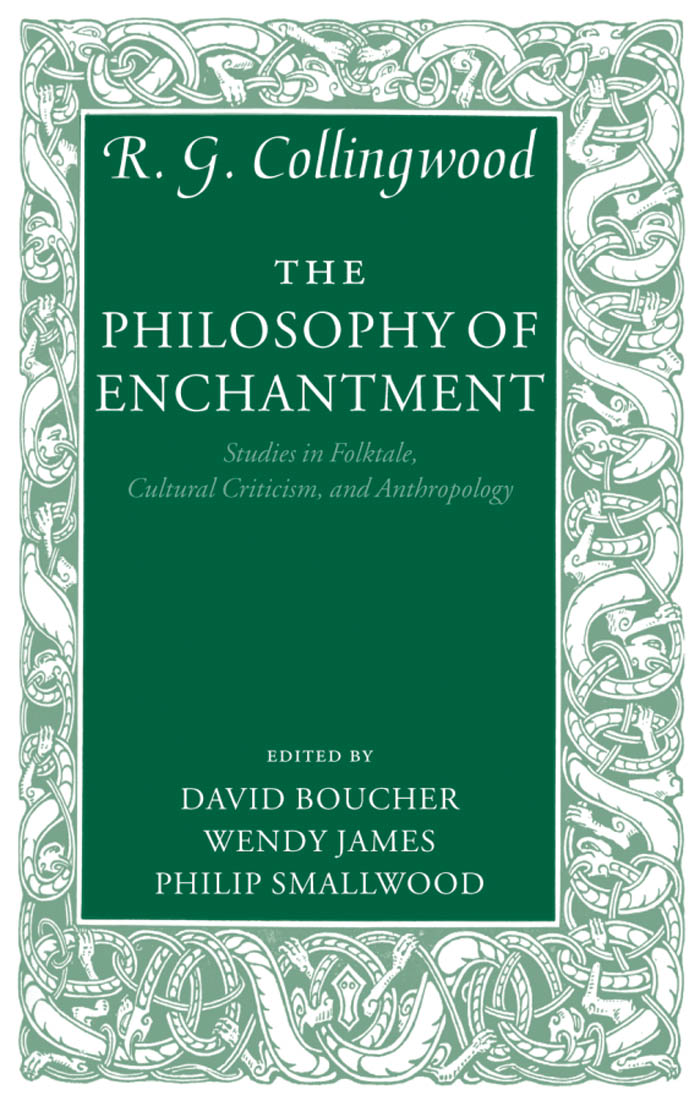 Book Description
This is the long-awaited publication of a set of writings by the British philosopher, historian, and archaeologist R.G. Collingwood (1889-1943) on critical, anthropological, and cultural themes only hinted at in his previously available work. At the core are six essays on folktale and magic in which Collingwood applies the principles of his philosophy of history to problems in the long-term evolution of human society and culture. The volume opens with three substantial introductory essays by the editors, authorities in their various fields, who provide their explanatory and contextual notes to guide the reader through the texts. The Philosophy of Enchantment highlights the broad range of Collingwood's intellectual engagements, their integration, and their relevance to current areas of debate in the fields of philosophy, cultural studies, social and literary history, and anthropology.

Review
"Thanks for keeping a paperbound edition of this classic in print."--David Hodges, Grambling State University

About the Author
The late R.G. Collingwood was Waynflete Professor of Metaphysical Philosophy at Oxford University.

David Boucher is a Professorial Fellow in European Studies, University of Cardiff.

Wendy James is at the Institute of Social and Cultural Anthropology, University of Oxford.

Philip Smallwood is Emeritus Professor of English at Birmingham University and Honorary Visiting Fellow in the School of Humanities at Bristol University, UK. He is the author of various books and essays on the history and theory of modern and eighteenth century criticism.