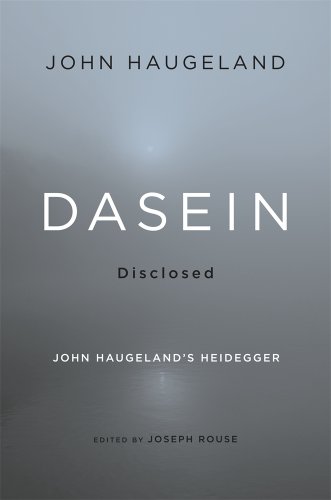 Book Description
The author of discipline-defining studies of human cognition and artificial intelligence, John Haugeland was a charismatic, highly original voice in the contemporary forum of Anglo-American analytic philosophy. At his death in 2010, he left behind an unfinished manuscript, more than a decade in the making, intended as a summation of his life-long engagement with one of the twentieth century’s most influential philosophical tracts, Heidegger’s Being and Time (1927). Dasein Disclosed brings together in a single volume the writings of a man widely acknowledged as one of Heidegger’s preeminent and most provocative interpreters. A labyrinth of notoriously difficult ideas and terminology, Being and Time has inspired copious commentary. Not content merely to explain, Haugeland aspired to a sweeping reevaluation of Heidegger’s magnum opus and its conception of human life as Dasein—a reevaluation focused on Heidegger’s effort to reawaken philosophically dormant questions of what it means “to be.” Interpreting Dasein unconventionally as “the living of a living way of life,” Haugeland put involvement in a shared world, rather than individual persons or their experience, at the heart of Heidegger’s phenomenology of understanding and truth. Individuality, Haugeland insists, emerges in the call to take responsibility for a collective way of being in the world. He traces this thought to Heidegger’s radical conclusion that one does not truly understand philosophical concepts unless that understanding changes how one lives. As illuminating as it is iconoclastic, Dasein Disclosed is not just Haugeland’s Heidegger—it is a major contribution to philosophy in its own right.

About the Author
John Haugeland (March 13, 1945–June 23, 2010) was a professor of philosophy, specializing in the philosophy of mind, cognitive science, phenomenology, and Heidegger. He spent most of his career at the University of Pittsburgh, followed by the University of Chicago from 1999 until his death.
反应: fojifeifo